Amazing astrophotography: How some of the most iconic space images were captured 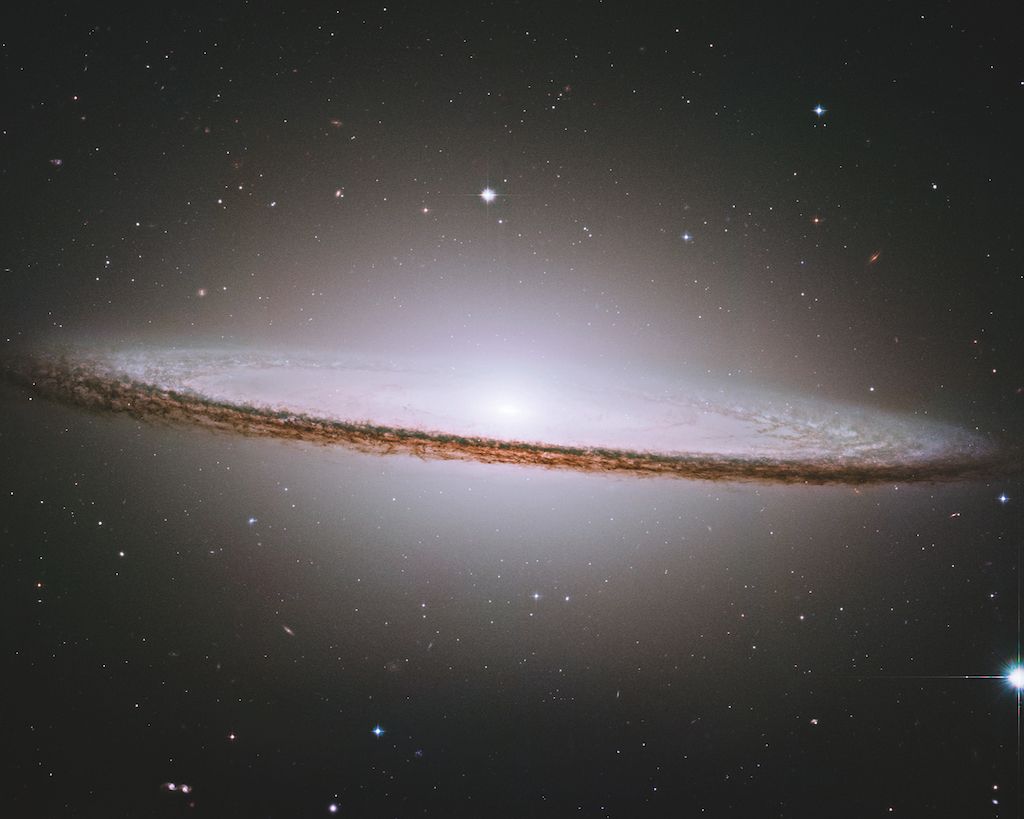 Space photography produces stunning, otherworldly displays of intricate shapes and fiery colors, but it has also become essential in astronomers’ attempts to understand the universe. Since the first astronomical photo was taken of the moon in 1840, technology has advanced to allow scientists to snap the clearest and most accurate cosmic images.

Wide-field cameras enable orbiting cameras to shoot an extended area, while capturing objects in infrared, X-ray and other wavelengths reveals the fine details of explosions, collisions and other cosmic events. For example, by observing space using only visible light, astronomers would be unable to identify the high-energy features within the universe such as black holes. Using X-ray photography, scientists can watch as black holes steal energy from their surroundings and re-emit it in the form of high-energy jets.

Visible light has short wavelengths, meaning that it is more likely to bounce off surrounding particles and scatter. When observing space images using infrared telescopes, the longer wavelengths detected can travel more effectively through dustier parts of space. Infrared radiation can be emitted by material that isn’t bright enough to view using visible light, and shows the viewer regions that were previously invisible.

Here, we explain how some of our favorite space images were taken.

In this picture, which is a time-lapse composite of multiple images, Venus can be seen moving across the sun. Not only is the image an impressive spectacle, but the occasion itself is a rarity. It repeats in a pattern every 243 years — the next time it can be seen will be in 2117.

The close-up photograph, taken by the Solar Dynamics Observatory (SDO), shows wispy detail at the sun’s surface. The contrast of the night-side of Venus as a small, black disc across the mighty, bright sun gives this image the ultimate dramatic impact. The instrument used to create this time-lapse was the Atmospheric Imaging Assembly (AIA), which observes wavelengths in the ultraviolet range. This particular image is displaying wavelengths of 171 angstroms in order to show the mesmerizing details of the solar flares.

The planet spent 6 hours and 40 minutes crossing the sun, with images being recorded this entire time. Scientists chose 15 shots, taken at regular intervals, and combined them to plot the route of transit.

In the closest-ever encounter with Pluto, about 7,800 miles (12,500 kilometers) above the surface, NASA’s New Horizons spacecraft captured this image of the orb on July 14, 2015. Its cameras were able to zoom in to show us the most detailed view we have of Pluto’s surface.

New Horizons conducted a flyby of Pluto to closely study Pluto’s surface. This included mapping the surface, measuring its temperature and searching for any signs of activity or other notable features. The image, which consists of visible and infrared images taken by the Ralph-MVIC (Multispectral Visible Imaging Camera), displays a detailed view of 1,100 miles (1,800 kilometers) of terrain.

The surface could be compared to some of the rocky landscapes found on Earth, as mountains seen in this image reach as high as 11,500 feet (3,500 m). Looking closely at the pale areas in the shot, slabs of methane ice add to the dwarf planet’s snakeskin appearance. This large, ice-covered plain is known as Sputnik Planitia.

It’s not often you get to see 100,000 stars in one place. But in this photograph, taken by the Hubble Space Telescope‘s Wide Field Camera 3, they come together in a striking panoramic assortment of reds, oranges and blues. What you are looking at here is a section of the Omega Centauri star cluster — home to 10 million stars. Dating back between 10 billion and 12 billion years, they shine 16,000 light-years away from us.

This article is brought to you by How It Works.

How It Works is the action-packed magazine that’s bursting with exciting information about the latest advances in science and technology, featuring everything you need to know about how the world around you — and the universe — works.

The key to creating this busy star scene is the camera’s ability to study a large range of wavelengths at one time, from ultraviolet light to the near-infrared. Three filters were combined to produce this composite image. Two filters detected ultraviolet wavelengths (F225W and F336W) while the third studied the infrared (F814W). Each of the resulting monochromatic images was given a different hue before they were merged into a single shot. The blues and greens are a result of the ultraviolet filters, while the red hue was given to infrared filters.

The color diversity signifies the different stages of the star’s life cycle: Yellow-white dots show stars at the stage of hydrogen fusion — the stage that our sun is currently in; the orange dots are older stars that are cooler and larger; red dots are red giants; the blue dots are stars nearing the ends of their lives, as their hydrogen is exhausted, and the stars now fusing helium to emit most of their light in ultraviolet wavelengths. Some stars appear to be almost touching, though the distance between any two stars in the image is about one-third of a light-year. If Earth was located within this star cluster, our night skies would be about 100 times brighter.

Taken in 2016, Hubble’s first image of a complete nebula shows a “balloon” bursting with color in astonishing detail. This image was the third attempt at such a photo; the first suffered from blurriness and the second didn’t have a wide enough field of view. However, the end result was definitely worth the wait.

The bright star seen inside the bubble nebula, slightly left of the center, is creating this immense sphere. Using its strong winds of radiation, the star, which is between 10 and 20 times the mass of our sun, blows the surrounding clouds of space dust outward around it. This bubble is heated by radiation, producing this sphere of contrasting color.

The image was taken by Hubble’s Wield Field Camera 3; different visible light filters isolated the specific wavelengths linked to different elements. The first was an O III filter, which captured the presence of oxygen. The H-alpha filter visualized where hydrogen was being released and the N II filter displayed nitrogen. These filters helped to dissect the nebula and allowed astronomers to better understand the dynamics within this interstellar cloud. The three images produced were color-coded (blue for oxygen, green for hydrogen and red for nitrogen) and combined to create this composite photo.

Eyes in the sky

When galaxies collide, they sometimes merge into one supergalaxy. That is the case for these two galaxies, which have combined to create a pair of eyes in the sky. NGC 2207 and IC 2163 have been together for around 40 million years. Grappling with each other as huge gravitational forces act on the star systems within, these two galactic eyes will one day combine into a single large eye.

The reds and greens incorporated into this image resemble a mask that could belong to some sort of supervillain, but this color scheme is the work of two telescopes. NASA’s Spitzer Space Telescope contributed the infrared data forming the majority of the red, while visible data from the Hubble Space Telescope captured the blues and greens. The infrared sections show astronomers the presence of hot dust, which can be used to create new stars or planets.

The center of the galaxies, obtained by Hubble, highlight the bright starlight. The contrast in imagery also reveals clusters of newborn stars within the dust, which scientists discovered were formed when the galaxies first combined.

Messier 51, otherwise known as the Whirlpool Galaxy, forms a spectacular spiral. As a galaxy similar in shape to the Milky Way but sitting face-on to Earth, it helps us to understand the formation of our own galactic home. NASA’s Chandra X-ray Observatory imagery, shown in purple, combines with optical imagery from the Hubble Space Telescope, shown as the red and blue areas, to create a delightfully detailed depiction of this stellar swirl.

Having spent more than 250 hours observing the area, Chandra detected 500 X-ray sources. Astronomers believe that the majority of the purple light representing these sources comes from systems hosting a dense neutron star.

The flat disc in the sky that forms the Sombrero Galaxy is captured in such fine detail that scientists have not yet pieced together an understanding of its full composition.

Like a frisbee caught in the abyss, this image makes the galaxy appear thin and fragile. However, with a mass 800 billion times that of the sun, it is one of the largest known objects. Deep in the center is thought to be a large black hole surrounded by 2,000 globular clusters — 10 times more than there are in our own Milky Way.

This intricate disc was pieced together using six observations from the Hubble telescope. This makes it the most detailed image of the Sombrero galaxy captured in visible light. The galaxy, officially known as Messier 104, has a diameter nearly one-fifth that of the full moon. Combining images of the entire galaxy, this is one of Hubble’s largest assembled mosaic images.

Like an abstract castle in the sky, this distinctive image of dense interstellar gas and dust captures the creation of new stars. This photograph, which was taken by the Hubble Space Telescope, shows space matter 6,500 light-years away from Earth. The towering verticals, formed in the Eagle Nebula, are shaped by stellar winds from other nearby stars.

The production of this shot wasn’t as simple as a well-timed snap. Astronomers Jeff Hester and Paul Scowen artfully composed the original image in 1995 by combining 32 separate images from four different cameras. These four cameras were all part of the larger Wide Field and Planetary Camera 2 (WFPC2). Aboard the Hubble telescope, WFPC2 was the size of a grand piano. Each of its cameras used four filters and captured two images from a different part of the pillars.

In 2015, the original image was revisited to form this version. Using an updated Hubble camera, the Wide Field Camera 3, filters were used to show glowing oxygen, hydrogen and sulfur in a clearer image. Using infrared wavelengths that were able to travel farther through the dense gas and dust, astronomers were able to observe the nebula in greater detail.