This Nikonos RS is The Dream of Many Film Photographers 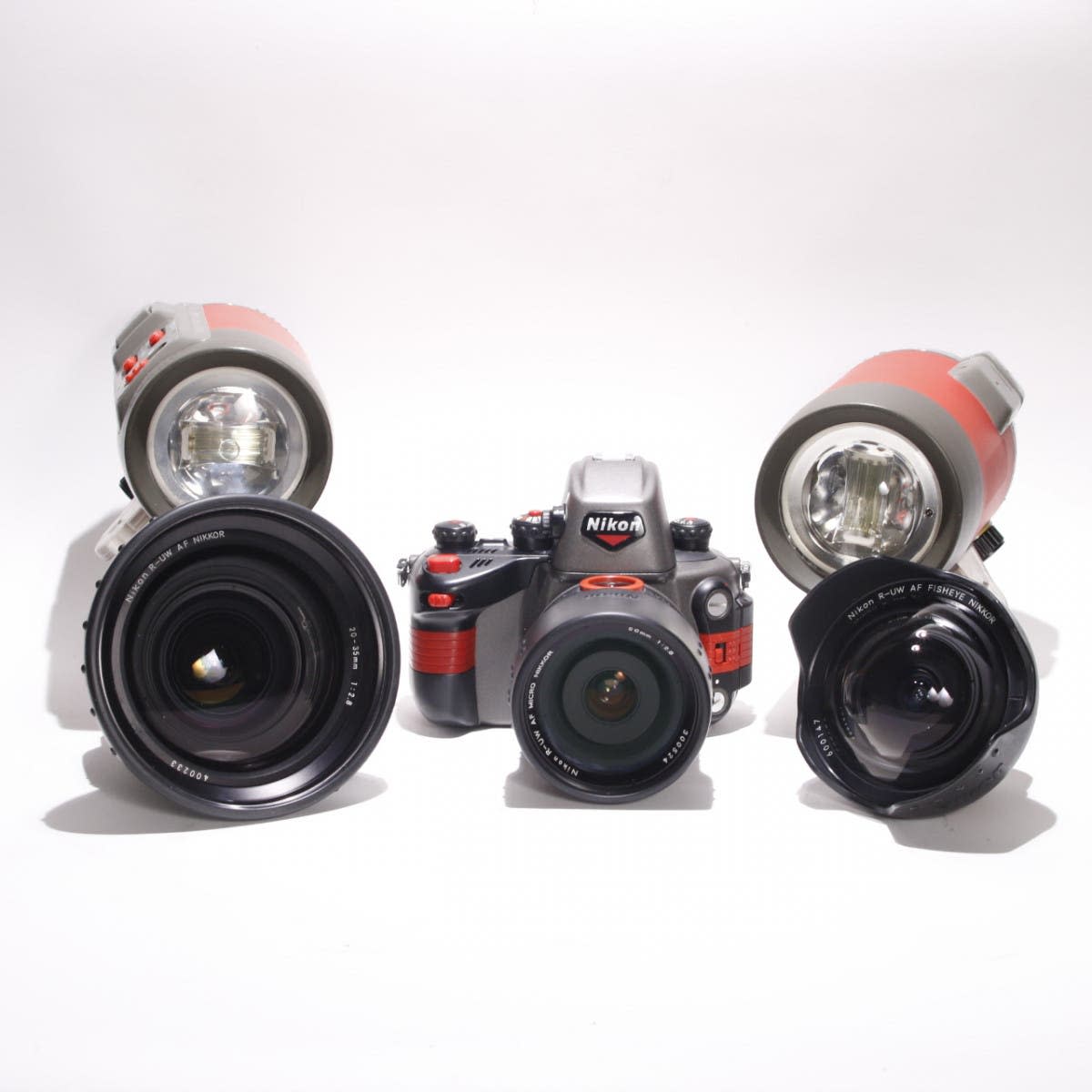 The underwater photography community hasn’t had a lot of cameras specifically designed for it. Those that exist don’t really excite many photographers. But one camera that has always excited them is the Nikon Nikonos. This underwater camera was fully water-sealed and designed to handle the toughest conditions. Nikon tried to recreate it digitally years ago, but it never really took off. However, the Rare Camera Store has a pretty awesome Nikonos RS right now. But this is an exceptional package. You’re not only getting a camera. But you’re getting lenses and two flashes with it.

Welcome to the Rare Camera Store: a joint initiative between the Phoblographer and the wonderful folks at Blue Moon Camera. We work to bring you some of the coolest and rarest items for a great price.

All of these rare items together cost only $4,700–which seems like a steal considering how tough it is to get them all together. Here’s what Blue Moon Camera says about the Nikon Nikonos RS in their listing:

“Beginning with the original in 1963, Nikonos cameras had always been the standard for photographers who wanted to work underwater, or even just in very wet conditions. The Nikonos series of cameras proved their mettle with the likes of Jacques Cousteau and Vietnam war photographers. In 1992, when Nikon set out to make the Nikonos RS underwater camera, they definitely had a head start that other camera makers envied.

Far from being merely an update to the Nikonos V of 1984, the Nikonos RS was a completely new design. The first, and arguably the biggest difference between the Nikons RS and its immediate predecessors, is that it is a true Single Lens Reflex (SLR) camera. Whereas the other cameras in the Nikonos series had been viewfinder cameras with zone focusing scales on the fronts of the lenses, the RS offered the view through the lens. Thanks to this, Nikon was able to incorporate its already famous auto-focus system into the RS. Along with that system, Nikon released four new lenses ranging from prime 13mm fisheye, 28mm, 50mm f/2.8, and a 20-35mm f/2.8 zoom.

The camera’s internals are housed in a cast aluminum body and protected by Nikon’s orange o-rings. Rated for water pressures up to 100 feet, the Nikonos RS offers the opportunity to photograph in the most challenging of environments. While they provided great weather sealing when new, these o-rings tend not to age well and, without proper maintenance, will fail – leaving a camera with flooded film and electronics.

Despite the engineering, lens advancements, and brilliant controls, the Nikonos RS was not able to overcome the problems of taking sophisticated electronic equipment underwater. Even as Nikon discontinued the Nikon RS in 1996, after a brief four year production run, its simpler camera, the Nikonos V was still being manufactured into 2001. In the case of underwater cameras, it seems the wave of the past is closer to being the wave of the future.”

Of course, you’ll be shooting film with this camera. But that’s fine as you’ll be doing it with one of the best underwater film cameras ever made. What’s more, you’re getting stellar lenses. The entire package includes the following:

We found some more information on the Nikonos RS. According to Nikon’s own website, this camera is the world’s first underwater SLR film camera. It also boasts an underwater autofocus system and a balanced automatic fill flash. Even better, a simple Flickr search shows a ton of great images shot with the Nikonos RS. This photo below was shot by photographer Tony Shih using the Nikonos RS and Velvia according to the tags.

Check out the listing over at Blue Moon Camera. And if you’re an analog film lover, go grab it soon.