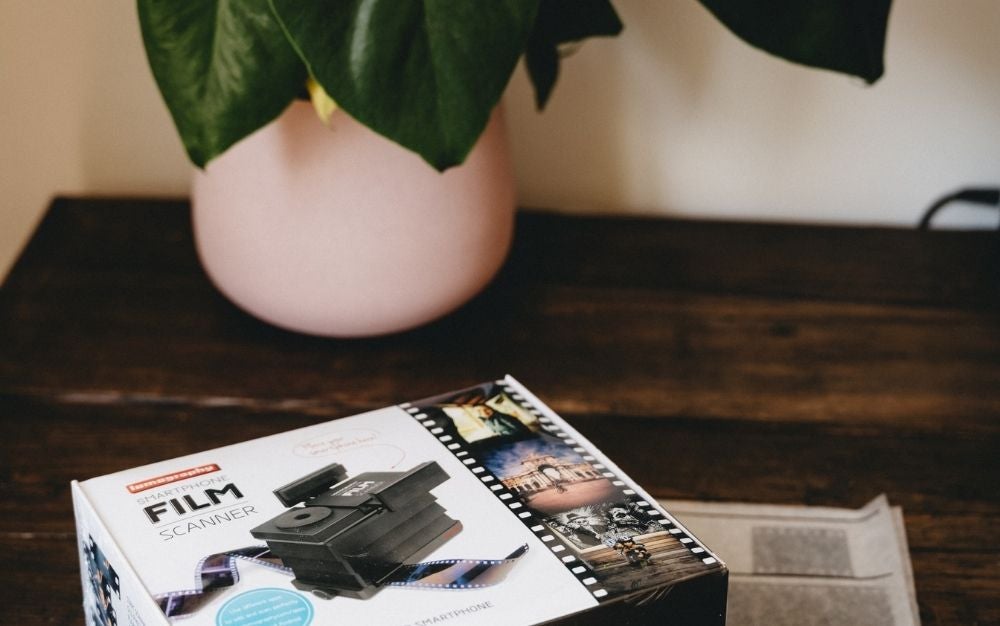 For some photographers, film is still magic. There’s a look and texture to film photography and video that their digital counterparts can’t capture. However, you can’t deny the ease of editing and sharing digital photos. Enter the film scanner, which converts film images to digital format. Film scanners aren’t just for photography either. There are also film scanners that convert 8 mm and Super 8 film into easily edited and shared MP4s. The best film scanners preserve the look and feel of the original film and make it easier to edit, share, and replicate your work.

Film scanners come in different sizes, use different technologies, and may only work for certain types of film. Others work with several types of film as well as scan documents and printed photos. Consequently, your chosen film scanner will need to work for the type of film you use as well as offer the quality that works for your purposes. Professionals will need the manual control and versatility of a more expensive film scanner, while hobby photographers don’t need to make the same financial investment. Read on to get the lowdown on the models that made our list, along with tips to help you choose the best film scanner for you.

Use the best film scanner to enhance your artistic preferences.

The best film scanners capture the light, shadows, and colors of the original film with accuracy and clarity. When choosing, you need to be cognizant of the type of film you intend to scan and what you plan to do with the scans. Film scanners come in one of three basic types—flatbed, dedicated film scanners (also known as transparency or slide scanners), and drum scanners.

If you’ve ever seen a standard photo scanner, you’ll recognize a flatbed film scanner. These models feature a clear, glass bed with a lid. You lift the lid, place the film, and start scanning. Most typical flatbed scanners have a single light source that goes under the document. Flatbeds that scan film, however, have another light source in the lid to illuminate the negatives or slides.

These scanners are popular and versatile, but some can be difficult to use, requiring setting adjustments with each scan.

Negative or slide scanners pass a more focused beam of light through the film than a flatbed scanner, and they can scan uncut film, feeding multiple frames through at a time. Some scanners move the film through the machine automatically, which is handy. That creates greater potential for scratches if the scanner isn’t maintained properly.

The final type—drum scanners—provides the best scan quality. However, they’re expensive, difficult to find, and the scanning process takes a long time. For that reason, they’re not on our list since, unless you’re looking to start your own professional film scanning business, this type isn’t economical or practical. For reference, they can cost well over $10,000.

Flatbed scanners work by passing light through the image, which then gets reflected back to the CCD image sensor. The CCD uses red, green, and blue filters like old school digital cameras.

These models often can work with several different formats like 35mm, slides, or format film. You will have to adjust settings based on the type of film being scanned. However, the biggest perk of a flatbed scanner is that they’re usually multifunctional, scanning developed photos and documents for digital use, too.

The Epson V600 features 6400dpi optical resolution that’s high enough for film and print scans. It works for 35mm film, 35mm slides, and medium format film and completes a scan in 21 seconds. That’s not the quickest scan speed, but it’s a great balance of speed and scan quality. This Epson also features Digital ICE Technology that removes dust and scratches for cleaner scans.

Capture deeper darks and lighter lights with a negative scanner.

Negative scanners, also called slide scanners, apply the same principles as a flatbed scanner but with greater precision and focus. They use a narrow beam of light that passes through the film to better replicate light intensity and color differences. These models also feature a feed that moves frames through the scanner for you. How many frames the scanner holds varies by the make and model.

The downside with this type is that the mechanism that moves the film through the scanner can potentially scratch the film if it’s not cleaned and carefully maintained. They’re also often slow and sometimes rely on finicky software.

The Plustek OpticFilm 8200i AI includes a 7200dpi optical resolution (although max resolution scans can take up to two minutes). This model is more specific in what it scans, which includes only 35mm film and 35mm mounted slides. However, the Plustek stands out for the included software, SilverFast Ai Studio 8. This software lets you preview, adjust settings, and share and organize files without connecting to additional programs. Most scanners of this type max out at 35mm film, but some more expensive models will accept medium format.

Photo and slide negatives aren’t the only film in need of scanning.

Gone are the days when you need a projector and video camera to convert your old reels into digital format. Film scanners designed for movie reels can now do it for you. These models convert 8mm and Super 8 film reels into digital videos, which can then be edited or shared.

These machines feature a screen to watch the film in action before and during the recording process. Some models connect to a TV via HDMI for instant playback. This type only fits reels of certain sizes, so check to make sure that the reels you have are compatible with the machine. While these machines do a great job of transferring visual media, they do not have the capability to record sound. If there’s audio with your movie, you’ll have to add that in using a program or app later on.

The Wolverine digitalizes 3-in and 5-in reels, offers TV playback, and saves the final MP4s onto a SD SDHC card. Wolverine

The Wolverine 8mm and Super 8 Film Reel Converter Scanner fits 8 mm and Super 8 reels up to 5 inches in diameter and converts them into MP4 format. The MP4s are saved onto a removable SD SDHC card (that’s not included with the scanner). The Wolverine can also connect to a TV using an HDMI cord for playback. The scanning and conversion process is fairly slow, but if you have a lot of film to convert, this model is far more affordable than having the scanning done professionally.

The professional needs photography equipment that can keep up with high demand.

Professionals and photographers who regularly use film may want to invest in a film scanner with a few extras. Professional-grade scanners typically offer higher resolutions, multiple lenses for greater versatility, and software that expands what you can do while scanning and with the scans once they’re done.

The Epson Perfection V850 comes with a high price tag, but that’s because it includes premium features and extras. It includes film holders for 35mm mounted slides, 35mm film, medium format strips, and 4 x 5 sheet film. You can also run the scanner without using one of the holders. This model features a dual lens system that includes high-resolution and super high-resolution lenses and automatically adjusts them based on the scanning media and resolution selection.

Save your photos and cash with a budget film scanner that’s gentle on film. What do you get for a film scanner under $75?

Many film scanners require an upfront investment, though they’ll save money in the end if you’ve got a high volume of film to scan. However, hobby photographers may not need many of the fancy extras like dual lenses and multiple film holders.

The Slide N Scan scans several film types and connects directly to a laptop with a USB cord. KODAK

The Kodak Slide N Scan Film and Slide Scanner includes holders for 50 x 50 hinged slides, 135 film , 126 film, and 110 film. It can also scan 35mm negatives and slides. Scans go quick, taking only a few seconds, and they’re transferred directly to a laptop or computer via a USB cord. You can make a few adjustments to the negatives, but this model won’t correct most problems, especially film damage that comes from age.

Q: Is it worth buying a film scanner?

Taking your film to a professional scanning or conversion service can get pricey. If drawers of film or reels have taken over your home office, a film scanner will save you a lot of cash. Of course, you’ll have to put in the time to do the scanning, but it’s often worth it to make corrections yourself.

Q: Can you scan film on any scanner

Not all scanners can scan film. Flatbed scanners are the most versatile, but not all of them are designed for film if they don’t have a light source in the lid. Make sure film is specifically listed as a feature before investing in the scanner.

Q: How do I choose a film scanner?

Choose a film scanner based on your budget, film habits, and what you want to do with the scanned images. Film scanners aren’t cheap, so decide on a budget and get the best model you can afford within your budget. Are you an avid photographer or filmmaker? If so, it makes more sense to invest in a professional-grade film scanner. Only invest in an expensive model if it will make it less expensive for you to convert your film and movies over time. Finally, if you’re a casual or hobby photographer, save a few dollars and get an entry-level model. The scans won’t be professional quality, but they’ll certainly preserve your adventures.

Final thoughts on shopping for the best film scanner

The best film scanner can take what’s old and make it new. They can also give you the power to easily edit and share the results of your current film work. Determine a budget and the scan quality that fits your goals. Whether that’s a slide scanner or flatbed will depend on the type of film you use and what you plan to do with your film once it’s in a digital format. But, the right film scanner can become a go-to among your camera equipment, saving money and giving you the ability to share your work with the world.