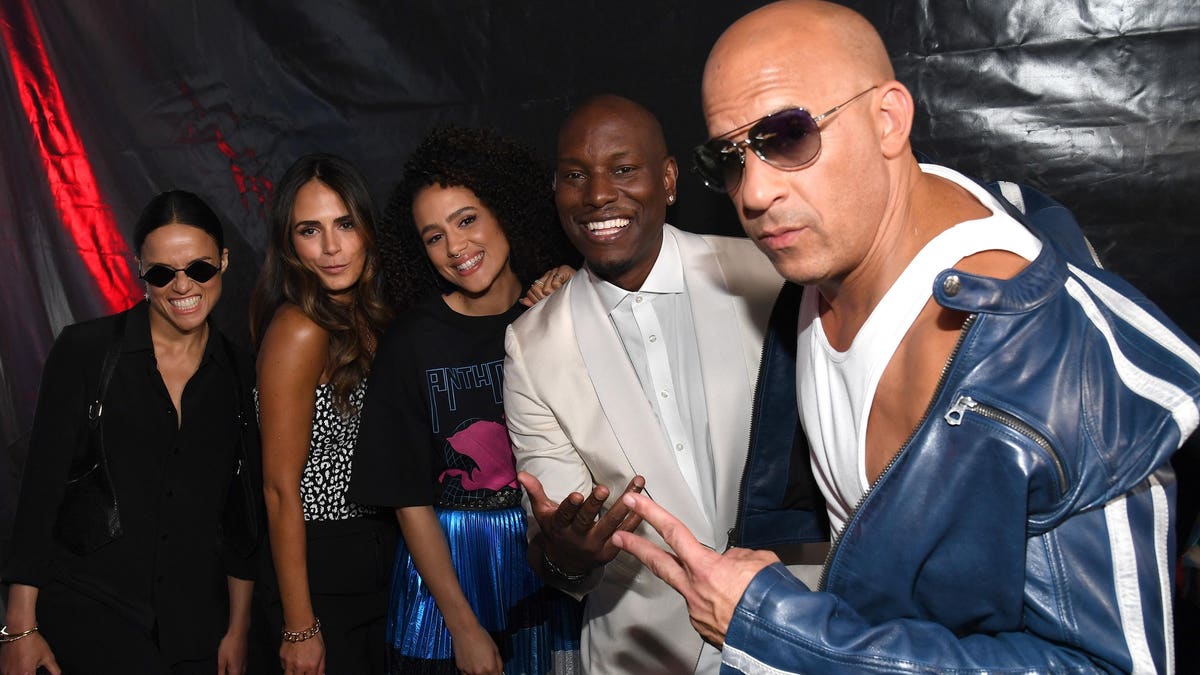 In August of 2020, Chris Nolan’s Tenet opened overseas in a kind of test run for the viability of conventional theatrical releases amid a still-festering pandemic. The film nabbed $53 million in its overseas launch, including $29.5 million in China. The $200 million sci-fi fantasy would earn a halfway decent $306 million outside of North America, including a business-as-usual $66 million in China. Considering the reviews, buzz and general plot-over-character construction of the John David Washington actioner, that was probably around 75% of what its overseas cume might have been in normal times. However, with New York and most of California still closed, the “time inversion” espionage thriller bombed in North America, earning just $58 million from a $20.4 million 11-day Labor Day week launch.

We can continue to debate the reason Warner Bros. put out the pricey original would-be blockbuster when no other blockbusters dared venture. Maybe Nolan really wanted to give theaters a lifeline as much of the overseas marketplace seemed on the verge of recovery. Maybe AT&T wanted to get Tenet out of the batter’s box because they knew Nolan would never go for the planned “day-and-date with HBO Max” release scheme for 2021. Maybe everyone honestly hoped, before the upswings over Memorial Day and July 4 weekend, that America would be on its way to recovery by late-summer. Regardless, New York theaters stayed closed, Tenet bombed domestically and the slew of promised post-Tenet blockbusters (No Time to Die, Black Widow, etc.) got pushed back into 2021.

Just under a year later, Universal’s F9 has positioned itself as the new Tenet, a presumed mega-movie intended to give theaters a needed boost and welcome folks back to seeing big blockbusters in big theaters. But, to paraphrase Kyle Chandler’s Godzilla: King of the Monsters, a movie my ten-year-old has made me watch 10,000 times, this time North America joins the fight. After a month of slow international roll-outs, including China back in late May which has added $216 million to the $325 million-plus worldwide cume, Justin Lin’s F9 finally raced into North American theaters on Thursday night. The $200 million-plus Vin Diesel vs. John Cena flick, the ninth official Fast & Furious movie and the tenth Fast Saga offering, nabbed $30 million on its opening day.

That includes $7.1 million (23.7%) in Thursday previews. That’s the biggest opening day since Star Wars: The Rise of Skywalker ($89 million) in December 2019 and the biggest single-day gross since the first week of Episode IX’s domestic run. It’s just under the $30.5 million opening day of Fast & Furious ($37 million adjusted-for-inflation) back in 2009. That fourth installment brought back the original core cast after two quasi-spinoffs and set the franchise its current path of A-level blockbuster business. It would open with $71 million on its Fri-Sun debut ($86 million adjusted), which would imply a $70 million launch for F9. That would ironically be almost tied with the inflation-adjusted $65 million debut of The Fast & the Furious ($40 million in 2001).

That said, the film, which frankly shares a lot of the same hiccups that felled The Rise of Skywalker, earned B+ from Cinemascore. The franchise has earned A or A- grades since the first film snagged a B+ in 2001. However, if you’re considering the crowd was made up of die-hard fans (or at least folks who knew what they were getting into) and the grade was still “just” a B+, well, again, Rise of Skywalker while even Spectre pulled an A- during its $70 million debut. Nonetheless, a $65 million launch and a run like Furious 7 (2.4 x $147 million) and Fate of the Furious (2.29 x $99 million) would give F9 a domestic finish between $148 million and $156 million.

Could it end up below A Quiet Place part II domestically? Yes, and that could have happened last year too. A Quiet Place part II was an anticipated sequel to a much-loved original and was expected to open with around $60 million to make a run at $165 million domestic. Considering Fate of the Furious sent The Fast Saga “back down to Earth” after the lightning-in-a-bottle Furious 7 and was no one’s favorite Fast sequel, I had long theorized that F9 might be the first movie to top $1 billion worldwide without passing $200 million domestic. Hobbs & Shaw had the second-biggest global gross ($760 million worldwide and $175 million domestic) for a Hollywood film that didn’t pass $200 million, behind Pirates 5 ($794 million/$177 million).

I no longer am expecting $1 billion from F9 (China turned on it pretty quickly, for the same reasons they quickly rejected the mythology-heavy and world-building-centric Detective Chinatown 3), but the point still stands. Consider the indifferent domestic response to Fate of the Furious (comparatively speaking, think Spectre), the lack of buzzy added value elements (#Justice4Han was a vocal online minority) and what would have been a crowded summer slate (right between Black Widow and Wonder Woman 1984). As such, I’d argue F9 might have snagged a $75-$85 million Fri-Sun launch and $86-$98 million Fri-Mon had it opened in normal circumstances over Memorial Day weekend 2020. I’d an over/under $70 million Fri-Sun debut is pretty close to “business as usual” for F9.